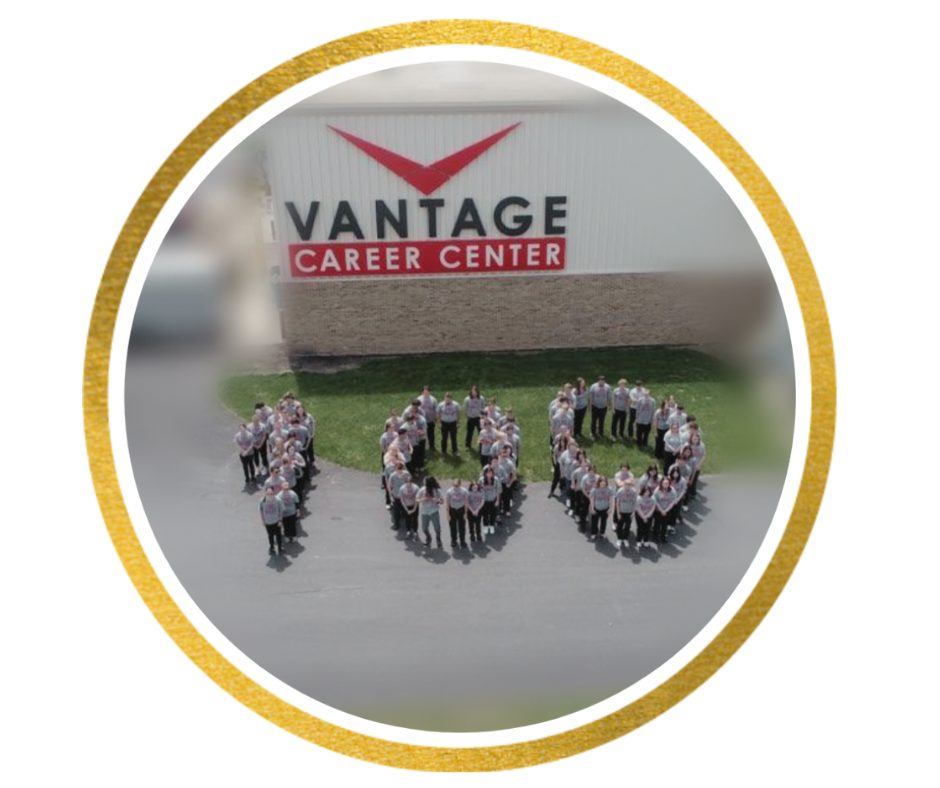 The United Way of Van Wert County is celebrating its 100th anniversary this year by renaming one of its main projects, “Day of Caring,” to “Vantage Day of Caring.” The change has been designated by the United Way Board of Directors because of the major assistance of Vantage students over the years and the relocation of the event to the bus garage at Vantage.

“We are very proud to say that we partner with many of you in several different ways, from bloodmobiles, Rivals United, latchkey programs, and providing students with assistance,” said Smith. “One of these events has been the United Way Day of Caring that was started in 1999. This year we will be holding our 24th year of this event. The one thing that has stayed the same over the years has been that Vantage Career Center has been part of the event.”

The location of the Day of Caring has moved to several spots throughout the years with the Salvation Army relocating. The first location was at the former Salvation Army Chapel on Washington Street across from the fairgrounds. This building was very small and could only hold a few volunteers at a time which were the Vantage Student Ambassadors. The last move that we made was to the Vantage Bus garage in 2016 due to the fact that the new Salvation Army location was not ready for occupancy. The event was going to have to be held outside under a tent in the parking lot because the building had not been approved for use.

That year was the most important year for the collaboration between Vantage and the United Way because they provided the place so the event to continue. The first year was a new adventure for both Vantage and United Way but the old saying ‘God will sometimes make you uncomfortable because you need to grow and that was what happened.’ We were uncomfortable that first year with the many changes but it has been the best thing that could happen.

Smith said that the Day of Caring event has grown every year since it was moved to Vantage. The amount of food collected, money raised and units of blood collected each year continues to amaze the Red Cross, West Ohio Food Bank and the local food pantries.

The move has also provided us the opportunity to get almost every student at Vantage involved in the event, Smith said.

“The United Way Board and myself would like to announce that the official Day of Caring event will now be called the ‘Vantage Day of Caring,’” said Smith. “This 24th year will be the first year for the new name.

“We are also excited to share the news the Vantage Career Center students have been recognized with the 2022 ServeOhio Award for outstanding volunteerism and service,” added Smith. “The ServeOhio Awards, recognize outstanding people, groups, and initiatives in Ohio who make great contributions to their communities through service and volunteerism.