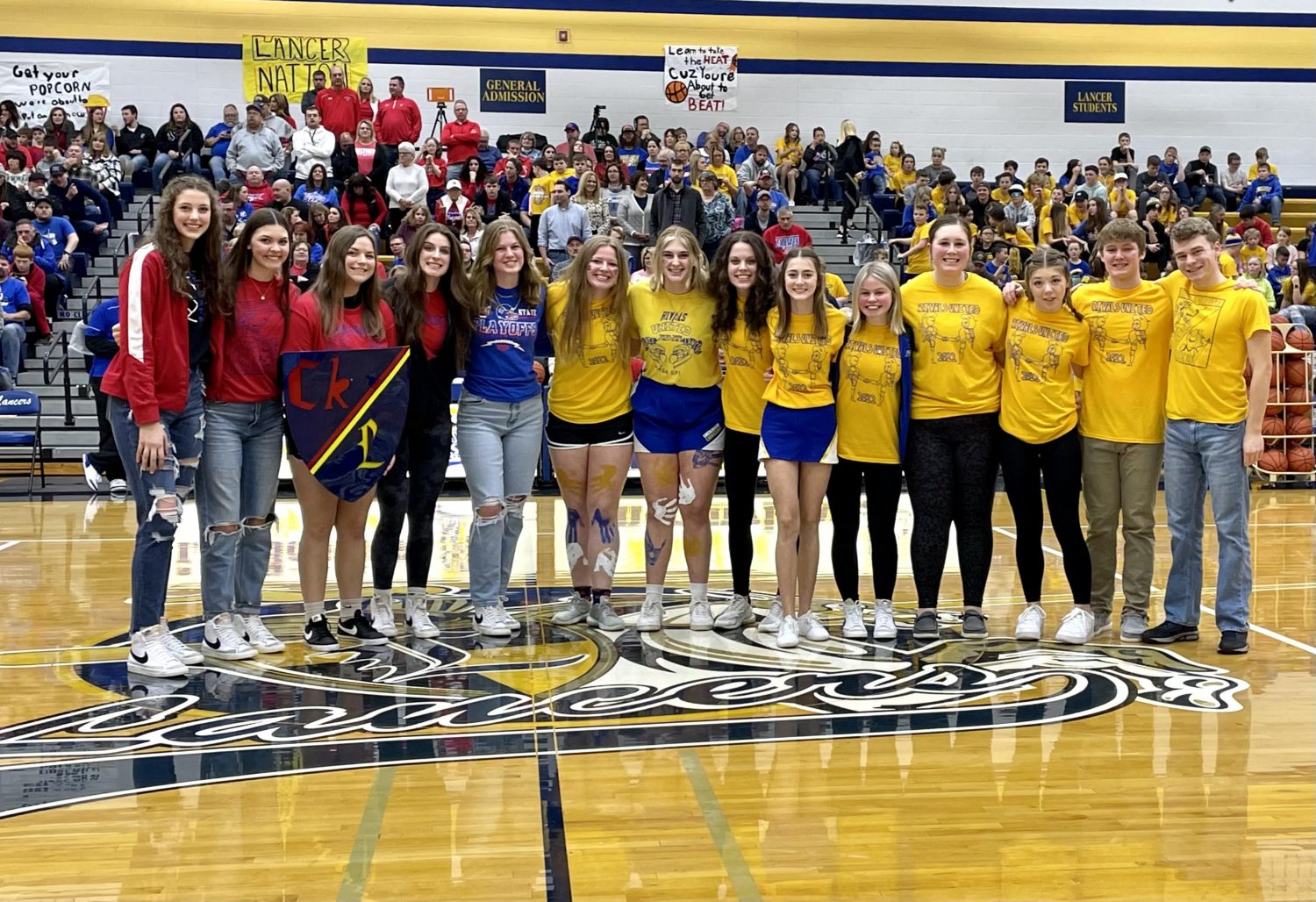 VAN WERT COUNTY — A hard-working effort from students and businesses in Van Wert County united raised $53,000 this week through the schools’ annual “Rivals United Week.” The effort has traditionally been a competitive effort between Crestview and Lincolnview Schools. For the first time this year, Van Wert also joined the effort to raise $14,000 over last year.

Crestview claimed the traveling trophy with their $28,711 income while the Lincolnview students raised $20,615 while Van Wert raised $3,500.

“This event is a lot of hard work for both schools but the end result is simply amazing,” commented Vicki Smith, executive director of United Way. “This year we had so many businesses wanting to be a part of this event that it speaks so highly of the students involved.”

“This is the first time in ‘Rivals’ history that there have been no snow delays,’” continued Smith. “Last year we were held up by COVID 19. None of that happened this year. There were no delays or cancellations and so many businesses really stepped up.”

“It’s awesome to see how the student body comes together,” said Crestview student Olivia Heckler. “People come together and are so happy. It’s great to see kids coming together and going around to take pictures for Vicki. This is such a great cause.”

One of the activities that Crestview students were involved with was a dress-up day each day. There was a one-dollar-day fee to participate each day to help raise money. Some of the attire days included, “anything but a book bag,” “jersey day,” “spirit day,” “pajama day,” and “hats and sunglasses day.”

Other fundraisers included the sale of coloring books made by county students, an FFA basketball game, a dodgeball tournament, and “jail a teacher.”

Crestview senior Brynn Putnam, student body president, said that the key to her school’s success was getting every single student involved.

“Seeing all of the students involved makes such an impact,” said Putnam. “Involving the students on a county-wise basis adds such a sense of community to the entire event.”

Lincolnview senior Zadria King said that she loves putting her energy into events that get students excited.

Smith said that it is not unusual to see the kids most involved with school jump into full involvement with “Rivals.”

“We would especially like to thank Deb Stetler for all she did in leading us,” added King. “She did a terrific job.”

Junior Cheyenne Pohlman of Lincolnview has a real place in her heart for kids.

“I was really excited to see the elementary students and all that they did,” said Pohlman. “We went to them and told them what all their involvement had done for people. We thanked them for all of their hard work.”

Pohlman noted that she and King made lots of phone calls personally to contact businesses.

“I would like to personally thank Deb Stetler (Lincolnview) and Mimi Myers (Crestview) for all of the work they put into this,” said Smith. “They worked hard as advisers to lead these students.”