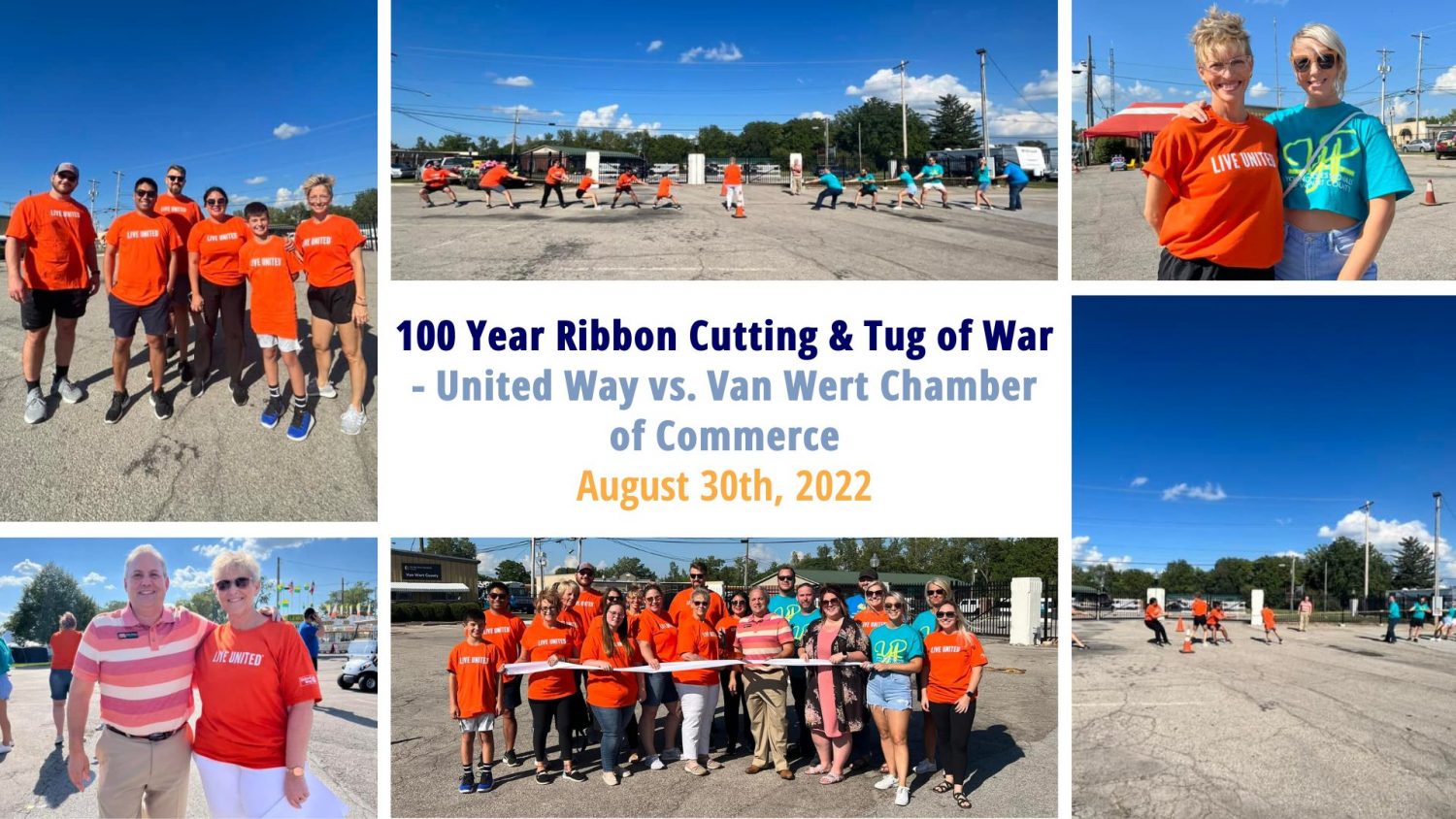 It was an evening full of merriment! The Van Wert Chamber of Commerce and the United Way of Van Wert County held a ribbon cutting ceremony on Tuesday, August 30th in celebration of 100 years of service. On October 19th, 1922 the Community Clearing House held its first campaign, where 100 businessmen set out and raised a total of $20,000, which in today’s time is about $334,000. The Clearing House was later separated into the Chamber of Commerce and the Community Chest (what would become the United Fund in 1958 and United Way in 1970). The partnership between the two organizations has remained strong for the past 100 years. In 1924, the Clearing House and the Farm Bureau held a county wide picnic at the Van Wert Fairgrounds with many family games and a lunch for all to enjoy. A tug of war was also played out between the businessmen and the farmers of our community. The Van Wert Chamber of Commerce and United Way reenacted the tug of war, in which the Chamber of Commerce won! Thank you everyone who has and continues to support both organizations!