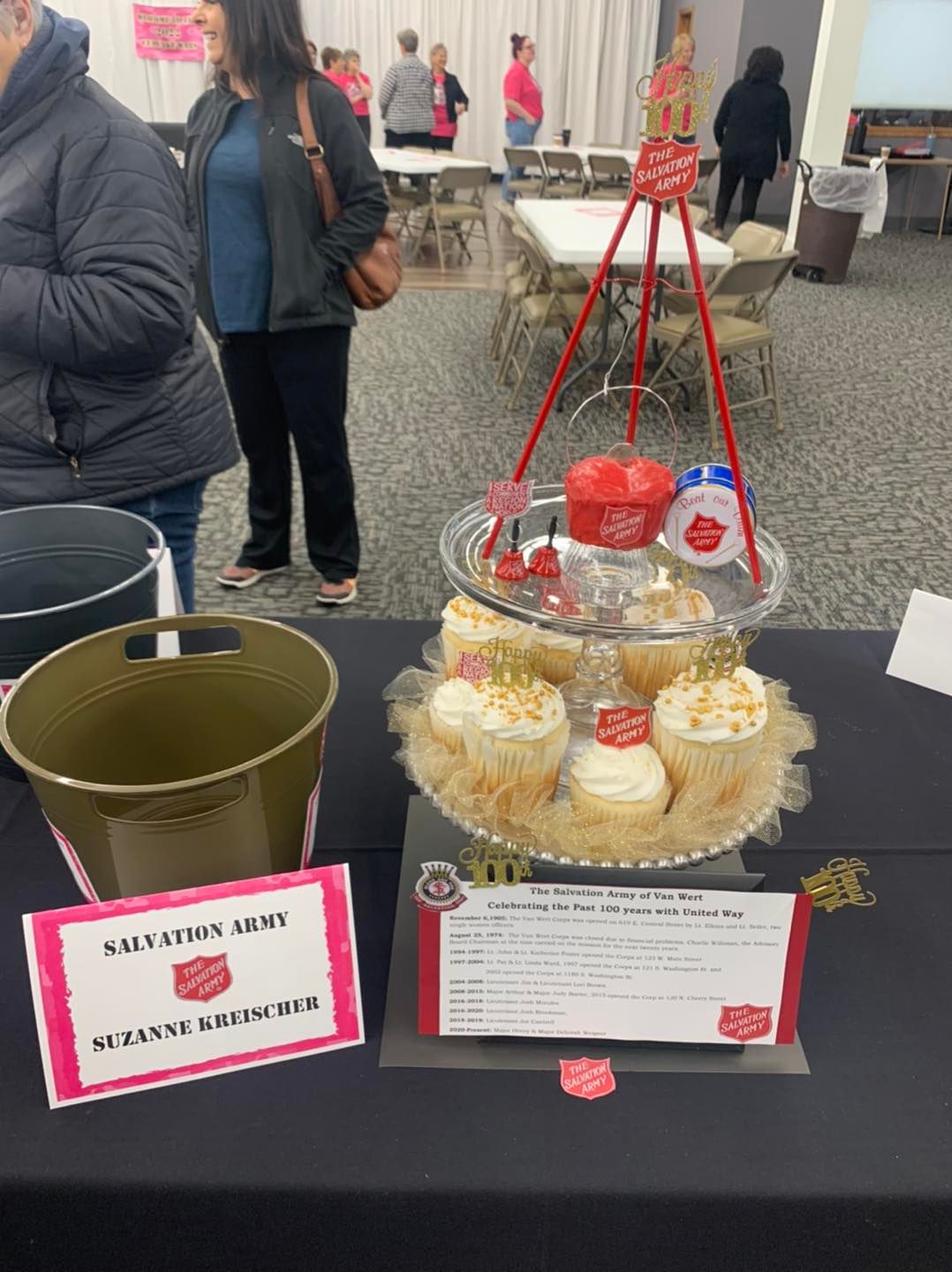 VAN WERT — The fourth annual 2022 Cupcake War competitors battled out a spot for the number one cupcake display on Friday. United Way agencies represented by 21 bakers each displayed their decorative talents at the Council on Aging with their sponsors and Van Wert Manor supporting their efforts. The winning baker of the competition would bring home a monetary pot for their agency’s operating fund which was donated by eager cupcake-loving eaters and spectators.

Several six-packs of cupcakes were available for purchase with each package selling for $5, all of which went into the winning pot. Adding more money to the pot where the sale of Cupcake Wars tee shirts, bags of tacos for lunch, and voting tickets. While all walk-in participants received one free vote, they were able to purchase extra votes to boost the points of their favorite agency (or baker).

The theme of the 2022 Cupcake War was the 100-year celebration of the United Way. The secondary theme was the celebration of a favorite decade. Among the colorful and creative displays were the 50s, which burger cupcakes, jukeboxes, and fries; the Roaring 20s, with golden sparkles and champagne glasses, and the 80s complete with Pac-man and Cabbage Patch Dolls.

In addition to the cupcake competition, two presentations were given: cooking a healthy omelet and eating mindfully. Both were live-streamed on Van Wert Manor’s Facebook page.

In the end, Jacque Welch announced the 2022 Cupcake Wars winner on Facebook Live: The Salvation Army sponsored by baker Suzanne Kreischer. The Salvation Army won with 602 votes and received $2,172. The event was also placed on Van Wert Manor’s Facebook page. All of the display photos and the photo of the cupcake display that received the most ‘likes’ won the Facebook event. Council on Aging, with a display from Crumb Coat LLC, won the Facebook contest, receiving $200 donated by Taylor Auto.

The employees of the Van Wert Manor enjoy doing things and giving back to the community. We just like that we’re able to partner with the United Way and are grateful for the Council on Aging allowing us to use this location. It just helps us do our mission of being there for our community, said Welch.